As promised over the past weeks, I have taken the shots of the runway expansion at FLL and so here is the information and the pictures....

With the increased growth of air travel into South Florida, and in particular Miami International, officials at Ft Lauderdale Hollywood International Airport and Broward County embarked on a massive project to increase capacity. Breaking ground on January 23, 2012, the project started to expand the previous general aviation runway 9R/27L to a six story elevated ramp runway to reduce flight delays at the airport and to keep up with increasing traffic demands into the area. The main reason for the ramping of the runway is to accommodate the current highway US-1 and the railway lines that currently run along the eastern side of the airport. It is not possible to relocate these transportation thoroughfares, so they will run through tunnels under the elevated runway.

Previously, runway 9R/27L was 5,276' x 100' and with the expansion will increase to 8,000' x 150' that is due to open in September 2014. Along with the expansion of the runway, the taxiways on the main north side runway 9L/27R are being increased to a full-length 75' wide taxiway and additional capacity of other taxiways on the airport to be able to cope with the increased capacity. A new expanded long-haul international terminal will also be constructed and additional capacity to the other terminals create that will ncrease gate capacity from from a total of 66 to 97 gates. The current cross runway, 13/31 will be closing in May 2013 and will be permanently decommissioned.

This new runway project is sure to attract more international air traffic to Ft Lauderdale as well as provide increased capacity for general aviation as well. The first sign of this new attraction is the announcement by Norwegian Airlines that starting November 29, 2013, they will institute two flights a week from Copenhagen and Stockholm. Initally announced to utilize leased A340 equipment, once the halt to commercial Boring 787 flights is lifted and Norwegian receives their Boeing 787s, that equipment will be used on the routes.

To take into account of the increase in general aviation traffic, FBO operator Sheltair has recently completed a multi-million dollar project to expand new hangar capacity close to the new runway. Other FBO operators are looking all looking at projects to increase capacity in their own operations.

One of the major efforts that is going into the contruction of the runway is the importing or masses and masses of dirt to fill in the space for the elevated runway as well as for the new runway. Dirt is brought in by train and then moved to the construction areas by truck. However, getting the dirt from the train trucks to the road trucks is bringing out some novel methods, including the positioning of the loaders in the train trucks as sohown in one of the pictures below.

September 2014 is going to be a very exciting time for Ft Lauderdale International Airport. As the photographs taken March 28, 2013 show, construction is well under way on the runway expansion and the new hangars at Sheltair are nearing completion.

A full version of the FAA impact study that details the full expansion can be viewed at http://www.faa.gov/airports/environmental/records_decision/media/rod_fll09_main.pdf 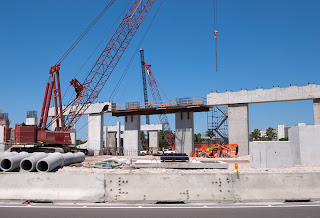 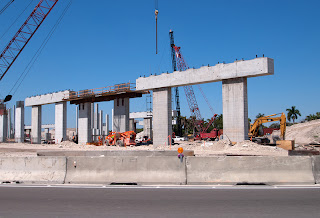 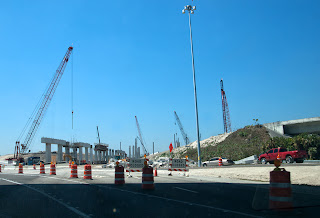 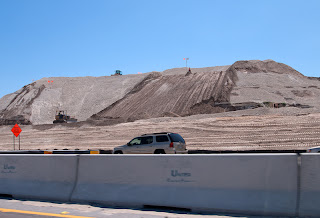 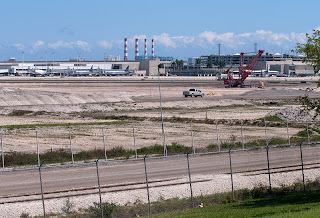 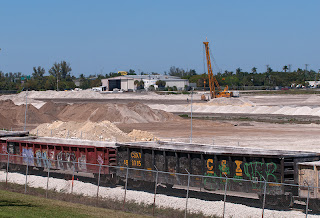 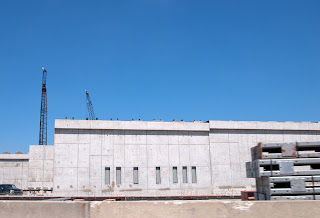 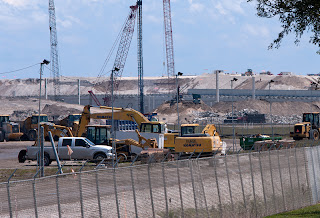 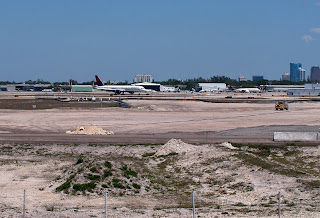 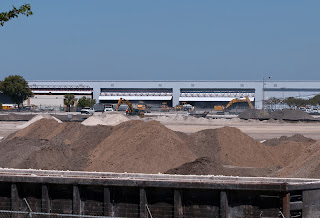 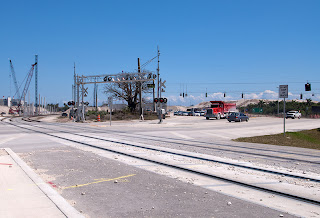 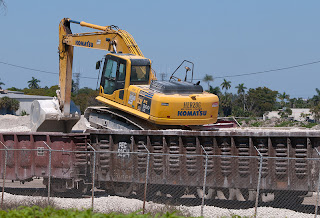 The novel way of getting dirt from the train trucks to the road trucks - the loader in the train truck!
Some more time spent behind the camera lens....
Posted by Mark Lawrence at 10:16 PM 3 comments:

Any - it certainly was an exciting day!  I was able to cross one of the really wanted's off my list - a private MD-80 that I have been stalking for quite a while....

But, the biggest surprise of the day cam courtesy of a foreign nation.  Earlier in the day, I had been watching Ft Lauderdale traffic on Flight Aware to see if anything interesting would be coming in at all.  When I check the En Route to FLL page, there was this callsign FAM4101 - that was an Embraer 145.  Knowing that sometimes the AM can usually mean a South American Air Force registration and knowing that it was coming from a Mexican airfield, I surmised it was a Mexican Air Force transport.  That, on it's own is a nice catch, but the timing wasn't good.  However, when someone posted a cell phone picture of an Embraer R-99, this was something I couldn't miss out on!  And - true to form - it was a great something to catch!  This time, I caught the departure to Bermuda - no doubt it is heading over the Atlantic somewhere as it seems to be over-nighting there.  This - is my catch of the year so far!!

While I mentioned that my next post would be on the Ft Lauderdale airport expansion, I couldn't resist posting these two beauties.  I have a few more pictures to get on the expansion which I will try and get over the next few days to be able to post.  So - in the meantime - some more time behind the camera lens...

Now - I have to say - from the start - I feel like the total idiot for not getting the picture - I don't know why I didn't take out my cell phone to take a picture or two - and - my main camera was not in my car today - geeeezzz...talk about Epic Fail!!!  But - I did get to spend some great time - talking - a few soda's (well - he was flying!!!) with the great Cap'n Aux of

Hopefully, I can convince him to share the pictures he took to add to this - but - it's great to meet fellow bloggers/av-geeks and to get a great signed copy of his AWESOME book "The Last Bush Pilots".  For those avid readers - go to Amazon to get this wonderful read!!!

Further edit - well - thanks to the wonderful said Cap'n Aux, some pictures arrived by email today and so I can share a few of said pictures - the pictures are copyright Cap'n Aux.

Firstly, the shots taken from the cockpit approaching Ft Lauderdale - known the those privileged few as "Office Shots".  First - downwind approaching the airport.  The runway that you clearly see, runway 13/31 will be disappearing permanently in May with the expansion of the new south parallel runway 9R/27L.  I will go into the expansion at FLL soon in a separate post. 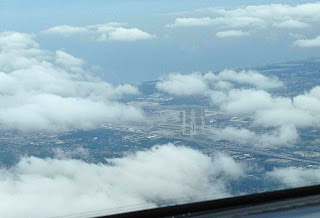 Then - that most wonderful of views - runway approaches - this one approaching runway 27R from over the ocean - I have to admit - I was watching the flight on Flight Planner and - I was wondering - the length of the final - whether they were actually going to the Bahamas instead of Ft Lauderdale! 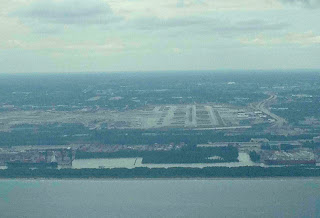 Abd - finally - myself and the illustrious Cap'n Aux - with my signed copy of "The Last Bush Pilots" - an ABNA (Amazon Breakthrough Novel Award) nominee!!!  As I said - for those that love a good read - pick this up!!! 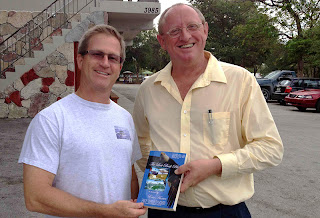 Next post in the next few days - the Ft Lauderdale airport expansion - I just need to go and get some shots of part of the new runway :)

Thanks to Capn' Aux for sharing the pictures!

However long the new color scheme for American has been out, it has eluded me - N908NN coming in at 7:30pm - and leaving 9:45pm - or - me only seeing in on Flightaware as it is lifting off runway 9L at Fort Lauderdale.  But - today - in the glorious (almost) spring weather - cloudless (almost) sky, N908NN descended to runway 9L from New York's John F. Kennedy International Airport - and - finally the shutter of my camera caught the new colors in wonderful sunlight.