For anyone that has visited Fort Lauderdale, be it by air, sea or land, the sight of the smoke stacks at the Florida Power & Light (FPL) plant at Port Everglades is usual.  The 4 smoke stacks and their accompanying blue boiler building have been part of the horizon for more than 40 years, the original construction of the plant happening in the 1960s.  FPL announced several months ago that it planned to demolish the plant in order make way for a new greener and fuel efficient plant.  Tuesday July 16, 2013 was the designated date and 6:45am was the designated time – have the plant imploded before the rush of the day started.  At precisely 6:45am on a cloudy day, with all air and land traffic halted around the area, the first of the powerful explosions sounded and the plant began to fall – the blue boiler buildings first followed by the 4 stacks.  In just over 40 seconds, the plant was razed to the ground – that familiar sight on the horizon used for navigating in and around Fort Lauderdale gone forever. 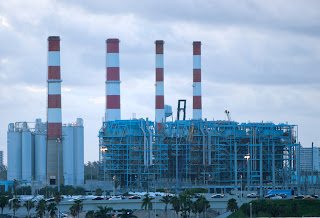 The final standing of the complete plant 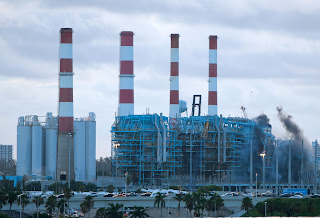 The boiler buildings begin to fall 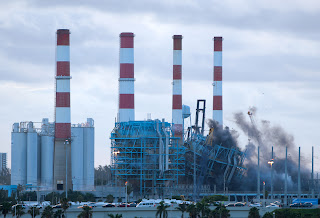 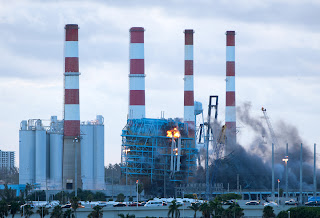 One of the many powerful explosions brings down the boiler building 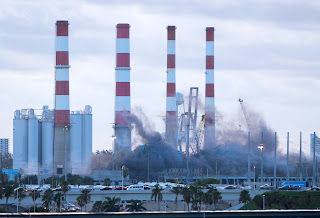 The blue boiler buildings are gone 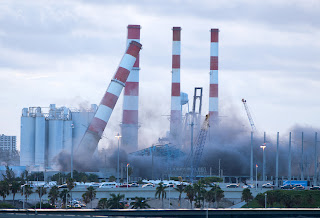 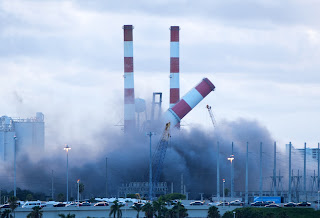 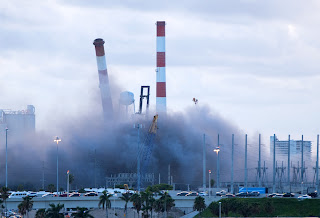 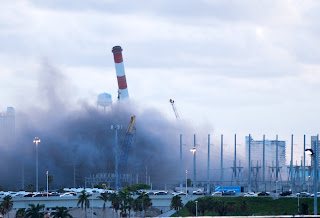 The fourth and final stack falls 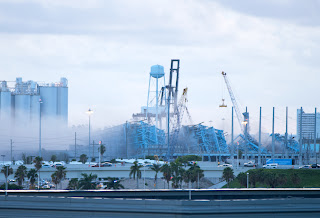 The plant is demolished

It's a pity that it was cloudy when it happened - but - lucky that it was a little cloudy - a couple of hours later, we got lots more rain and darker clouds!

Some more time spent behind the camera lens.