For those that don't know, within the next couple of months, the airTran Boeing 717's are going to disappear - they will be brought into the Delta fleet as Southwest (the new owners of airTran) have decided the Boeing 717 doesn't fit in their future plans.  So, I thought I would Add my tribute to these amazingly quiet jets.  Over the years, I have have managed to get every one of the airTran Boeing 717's that have been painted in special schemes - some haven't last long - some have been around for ages.  The sports team special schemes were for the local teams of airTran hub cities. 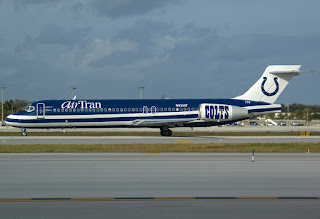 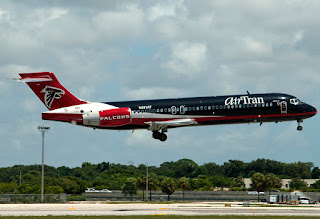 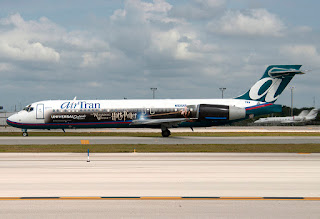 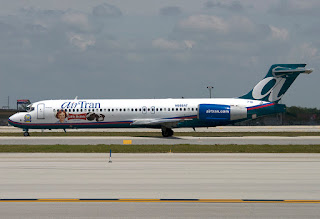 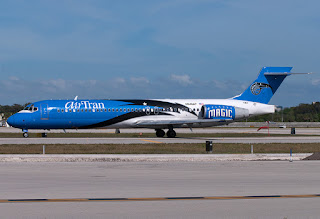 The Orlando Magic - the last one that I shot - that took AGES to get! 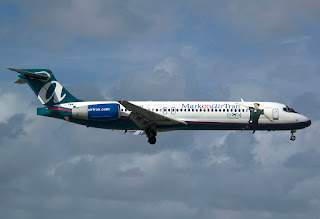 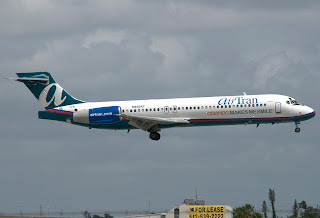 Orlando Makes Me Smile - another of the short-lived special schemes 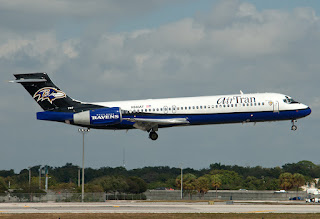 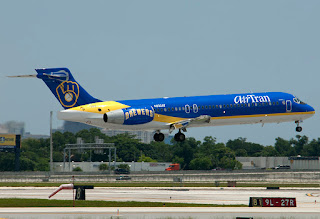 I have been very lucky to get them all over the last few years - and - will certainly miss them when they depart the airTran/Southwest fleet - I don't think Delta will plan anything special for them - well - for the moment that is - who knows :)

For almost 30 years now, aviation photographers from all over the world have converged on Miami International for the annual Fotofest.  Originally started as a slide convention where people swapped and sold slides, the digital era has changed that to a presentation and general get together festival.  However, one thing that has always been part of the 4 day festival has been a ramp tour of MIA.  The lucky ones that get on the tour are placed in Miami-Dade Aviation Department buses and transported to different locations all over the airport to take pictures and generally observe the goings on on Miami International airport.  Unfortunately, for the last two years, the weather has been a little less than co-operative, but, thanks to the digital era and photo editing software, we were still able to get some decent shots and here are a few of them I shot

The mighty A380 with it's escort vehicle taxiing for departure.  Because of the A380 being a class 6 aircraft, MIA chooses to escort it to and from the runways to ensure it's safety.

Aero Mexico is a frequent visitor to MIA with it's special color schemes - this time just an advert for Club Premier.

Arkefly with it's Boeing 767-300 from Amsterdam under full reverse thrust on runway 12.

TACA is soon to disappear as an airline - being absorbed into Avianca - but - while it's still around, it's Star Alliance A319 is a welcome sight.

This Fedex Boeing 727 has seen better days.  Originally donated to the George T. Baker Aviation School in Miami, it will never reach there and is stuck next to the Fedex ramp on the north side of the airport.

The weather is not destined to be be good in South Florida for a few days - usually January is prime shooting month, but we all hope it will change soon to allow us to get out for some decent shooting.

In the meantime, more time spent behind the camera lens.....

I was recently in South Africa on vacation and managed to spend one day at OR Tambo International at Johannesburg in the New Year.  The weather wasn't the best, but I managed to get a few good shots in - next time I go back - will have to pick a better day with a lot more sunshine - and - now I know where the good spots are - I can make sure next time I get a lot better selection - they are certainly there to be had!  In the meantime, here are a few from that day...

The vacation is over - and - it's now back to normal - the weather back in South Florida isn't much better at the moment, but - hopefully this will improve over the next few weeks to be able to get some of the winter movements at Ft Lauderdale.

In the meantime, more time spent behind the camera lens...