This is NOT a political statement

It is however a picture of a plane on a campaign trail.  I have been trying to get a decent shot of this unique color scheme for a little while - it has been in and out of Fort Lauderdale a few times, but at one time I managed to get decent weather for a departure....again - this is NOT a political statement...just wanted to state that... 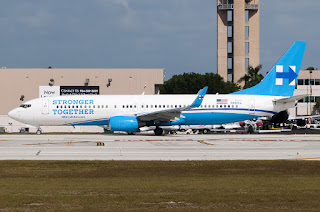 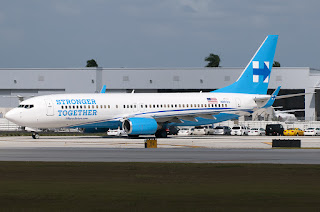 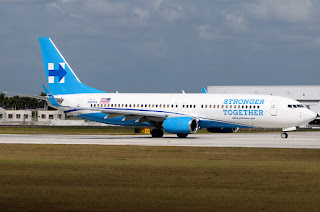 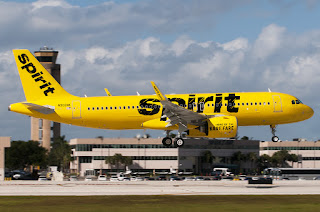 Some more time spent behind the camera lens....
Posted by Mark Lawrence at 9:13 AM No comments:

On This Day - We Never Forget!! 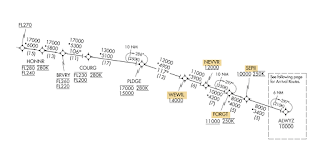 I have bene tracking this one since it first came out - Westjet's Disney scheme.  For as long as it has been around, I have missed it for a variety of reasons.  However, Sunday, September 3, turned out to be different.  I'd noticed a post on a Facebook group in the morning that it was due in and managed to get everything  that I needed to get done done in plenty of time.   Got the the airport, set up in plenty of time, and fortunately, the clear skies held for it's arrival. 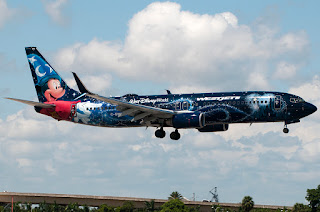 While there, I managed to get another first - a couple of the new Delta A321's and a pretty rare United A319.  All in all, a nice bit of time spent with my son getting some nice aircraft... 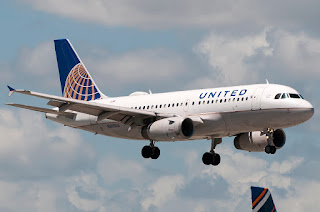 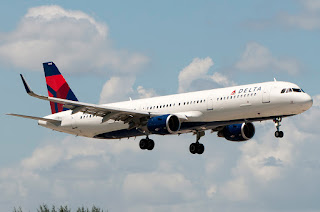 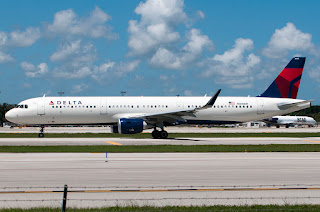 Some more time spent behind the (BIG!!!) camera lens!!

Tuesday August 23, 2016 was a pretty momentous day for American Airlines.  They retired 20 McDonnell Douglas Super 80's, for so long, the backbone of the American domestic fleet.  At the height of their career, there were over 360 different variants of the aircraft in the fleet.   With the fleet renewal process occurring, there would be a time that they would go to their well deserved retirement. 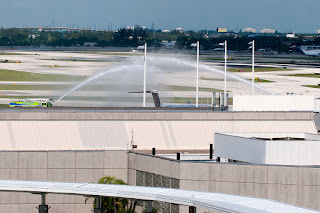 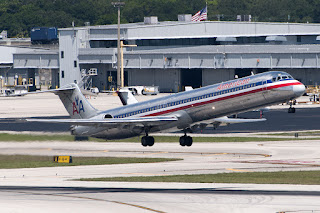 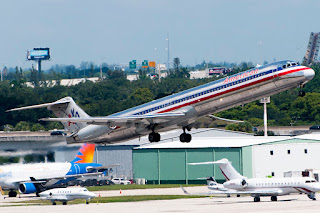 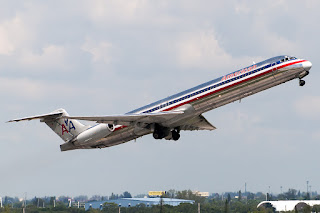 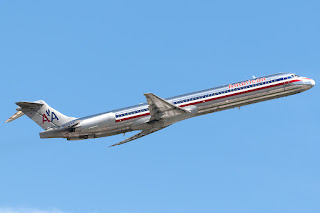 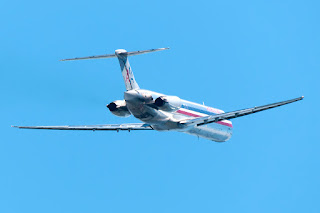 In the meantime, some more time spent behind the camera lens...

Posted by Mark Lawrence at 8:51 PM No comments:

Well, recently my family moved house - we moved into the specific school location for our son for when he goes to high school.  However, what it has also done is move us a lot closer to the flight path for my home airport, Fort Lauderdale/Hollywood International Airport.   Now, while I am out in the back yard grilling, or taking the dog out for a walk, or just standing outside for the heck of it, I can, with my 300mm lens on my camera, shoot the arrivals onto runway 10L.  One of the first ones I was able to get is something I have wanted to catch for a long long time...the Virgin America San Francisco Giants special scheme. 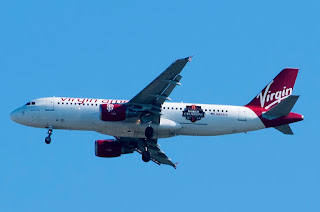 So, hopefully, there will now be more time spent behind the camera lens.....

That never ending quest - for the special schemes

Having seen sooooo many special schemes over the years, it's amazing that as soon as you think you have them all, another one appears on the horizon.  There - are some - that - will never (well, I guess never is the wrong word - probably ever be seen is better) actually be met by my camera's sensor, but for those that are, the quest is never ending.  What is missing?  All the Alaska schemes, except Salmon-Thirty-Salmon ( I know - go to Seattle), Southwest - Colorado One, JetBlue - the Mint specials (I know - go to New York or the West Coast), the list goes on.  However, there is one that I was just able to cross of the list - YAY!! :)  United (thank you scheduling department!!) brought the March of Dimes special in late on night, and then let it depart the next morning - and - I made sure I was there that next morning!! 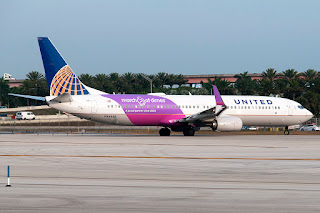 So, the list does get one entry crossed off - but - the quest is still ongoing.....

In the meantime, some more time spent behind the camera lens....

For the second time that I have been in South Florida, I have been able to see the arrival of "Ed Force One" - the aircraft used to transport the heavy metal group, Iron Maiden around.  Back in 2011, it was a Boeing 757-200 that belonged to the English charter company Astraeus Airlines. 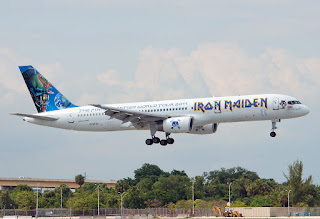 For the 2016 tour, the group as upgraded considerably, this time being a 747-400 belonging to Air Atlanta Icelandic that has recently been acquired from Air France when they retired their Boeing 747-400 fleet. 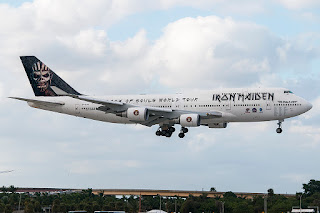 Why it is always cloudy when they arrive, I have no idea, maybe it's because of the flight 666 call sign :)  But - regardless of the weather, they are always a welcome sight.

I traveled to South Africa for a special family occasion at the end of January/beginning of February, but no trip to Johannesburg could be undertaken without a trip to OR Tambo International Airport.  This time, I decided to spend a Saturday morning at the end of runway 03R for the arrivals that turned out in absolutely perfect weather.  Here are a few of the highlights. 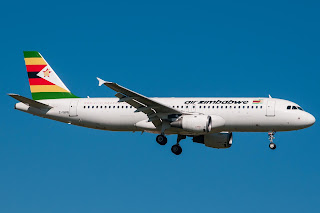 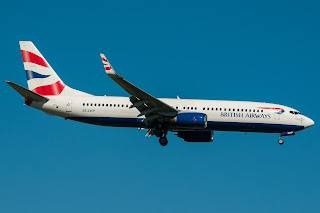 The only place in the world where you can see the British Airways logo on a Boeing 737-800 winglet. 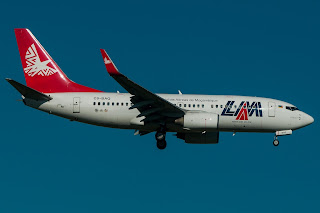 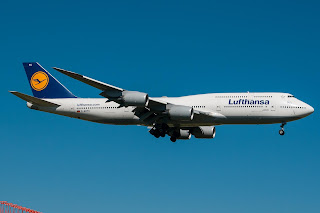 One of my favorite aircraft - Lufthansa Boeing 747-8i 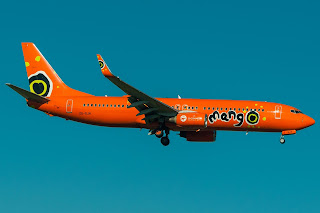 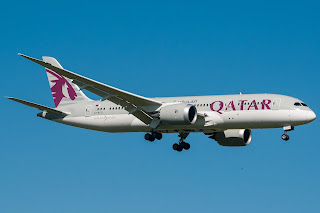 Having flown on one of these back in November, another of my favorite aircraft - Qatar Boeing 787-8 Dreamliner 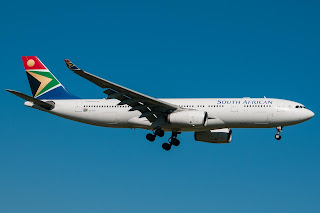 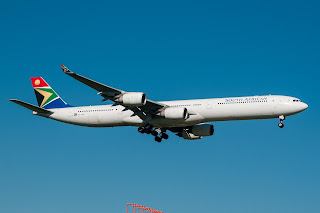 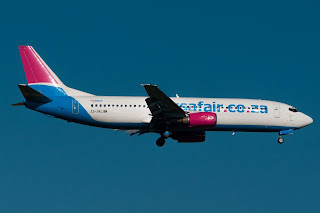 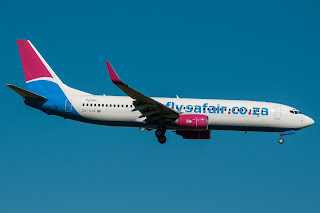 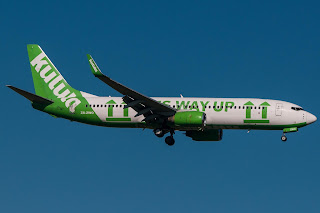 There are a lot more I have to edit - South African Airways A320/319's for example, but, in the meantime, some more time spent behind the camera lens......