On a recent trip to Nevada and Arizona with the family, we were heading towards the Grand Canyon when we happened on this airfield and took a couple of minutes to have a look at the aircraft on view outside Planes of Fame.  I was surprised to see these few outside - would love to explore this the next time we are in the area - but - the Lockheed Constellation L-1049 info states it's in flyable condition - I'd love to take a ride on that!!!  But - here are the few I managed to shoot in the few minutes we stopped there. 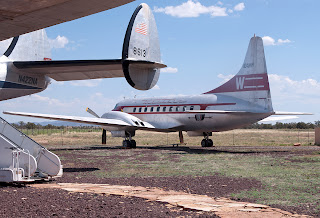 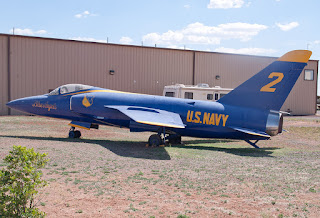 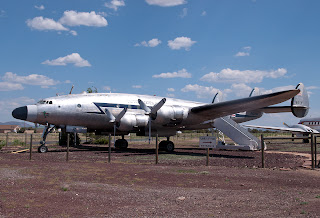 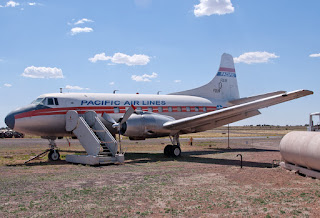 What a great surprise this was!!
Posted by Mark Lawrence at 5:03 PM 4 comments:

Dragging out some old prints.....

Weather in South Florida has been, to put it mild, not good!  I would make that comment a lot stronger but then I would lose a lot of readers!!!    So, I decided to go back to some old prints that I had scanned a few years ago when I was cleaning out some closets.  I thought I'd post the ones I could find.  These were all taken in the mid to late 90's. 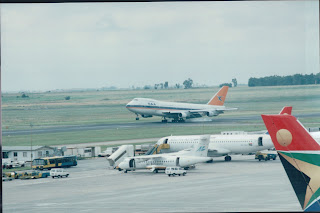 Even though SAA had some planes in the new color scheme, a few of the old B747-200 Super B's had the old colors.  This one smoking on runway 3L. 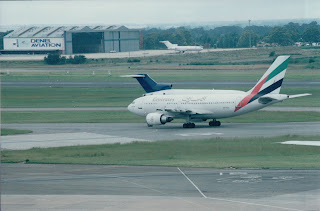 I flew on one of these Emirates A310's from Johannesburg to Dubai and back for a business trip.  Going north to Dubai was in business class was amazing.  A couple of good old 727's in the background. 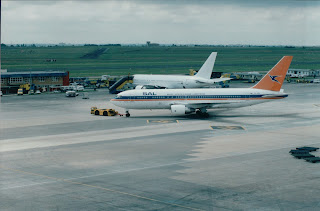 SAA leased a pair of B767-200s at the time - both pictured here - one in the old color scheme and the other pure white.  They did trips to and from African states. 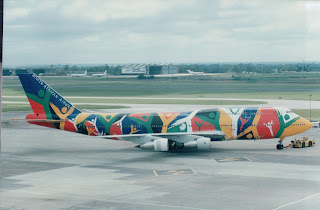 The classiest SAA plane of the time - Ndizane was painted in this color scheme for the South African team to fly to the Atlanta Olympics.  Apparently when she arrived in Atlanta to bring the South African Olympic team, there were lots and lots of comments!

Hopefully, the weather will improve a little over the next few weeks to be able to get some shots of Fort Lauderdale or Miami.  There has been a very sexy Etihad Crystal Cargo B747-8F floating around Miami in the past couple of days - maybe I can catch that - or at least one of the Cathay Cargo B748's - I still have not got one...

I can't even say more time spent behind that camera lens!! :(