My first encounter with North American Airlines was on my first trip to New York to spot at LaGuardia and JFK and the paint scheme did intrigue me some with the flag on the tail and the blue and white on the fuselage.  My good friend Phil Derner (@PhilDernerJr) spent many years at North American plying the skies all over the world on various charters.

North American was founded in 1989 and began operations in January 1990 providing services for connecting to El Al flights and charters for Club Med flying Boeing 757-200's.  The airline later gained access to Boeing 767-300ER's for longer international type charters as well as 2 Boeing 737-800's.  In April 2005, the airline was acquired by World Air Holdings, holding group of World Airways, another charter operation that also ran a cargo operation.  In April 2007, World Air Holdings was purchased by New ATA Holdings and renamed the company to Global Aero Logistics.  Unfortunately, bankruptcy in 2014 saw the demise of North American.

Here are some shots of their aircraft I managed to get over the years. 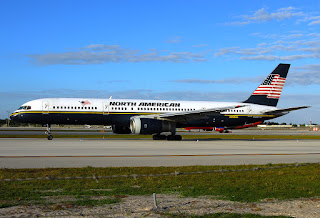 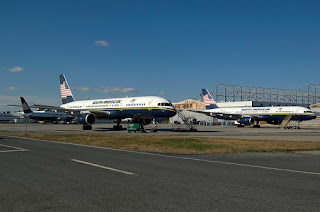 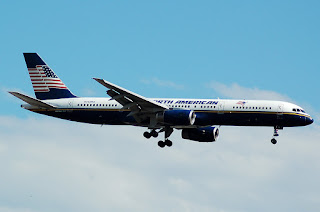 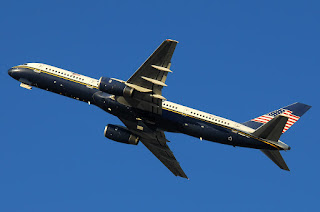 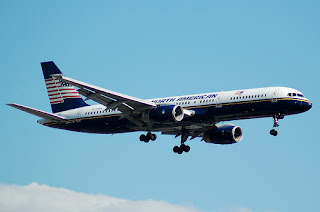 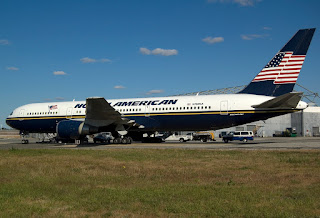 Weather in South Florida has not been conducive to getting out to shoot at FLL, but as fall approaches, hopefully this will change soon......

Posted by Mark Lawrence at 12:17 PM No comments:

One thing that seems to have become a norm in these times of COVID-19 are unsuspecting cargo flights.  What do I mean by that?  Well, for those of us that follow traffic into Fort Lauderdale will know that the only Emirates flights they we (used to) get were the 5 times a week Boeing 777-200LR from Dubai that we as a family also traveled on.  So, when Boeing 777-300ER flights suddenly started arriving once or twice a week, we wondered why was going on.  The explanation given to us - cargo - using an empty aircraft to transport cargo to and from Dubai.

This has become a norm for a few pilots that I follow on Twitter - British Airways has done exactly the same from London to a couple of cities in China - flown an empty 777-300ER outbound and filled it with cargo back to England.

For the latest flight, it was an added bonus as Emirates decided to send us one of their 2020 Dubai Expo special schemes which I managed to catch on some decent light as it headed back to Dubai. 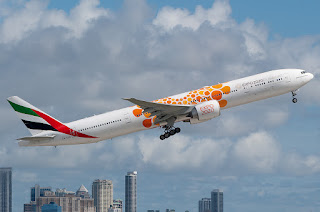 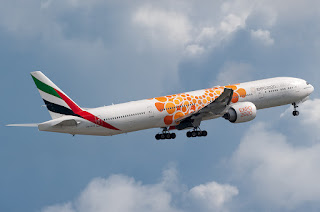 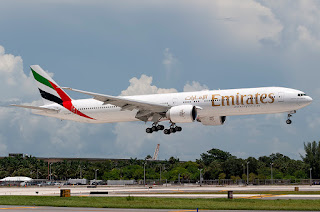 Posted by Mark Lawrence at 3:27 PM No comments: