It's been a really nasty summer in the sense of spotting.  The weather has been incredibly hot, creating masses of the dreaded heat haze, over-exposure and all those sort of not so happy photographer things.  As the end of the summer has drawn near, our rainy season has kind of picked up, and of course, that seems to have been mainly when I can get to the airport - during lunchtime.  But, as ever intrepid as any aviation photographer can be, I've managed to get some highlights and some lovely new things during the summer, so here are some of the happenings...

The runway on the south side of the airport has become more and more a Spirit/JetBlue highlight runway with some internationals (look a little further down for them) and customs types featuring.  This, of course with its nicely shaded Greenbelt Park, gives some nice close ups, especially for the special schemes, in this case, the JetBlue NYFD special. 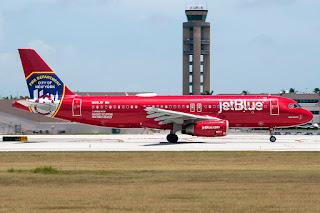 Talking of special schemes - there have been some new ones around and some older ones that I have not managed to get.  Delta has their Spirit of Seattle B737-900ER. 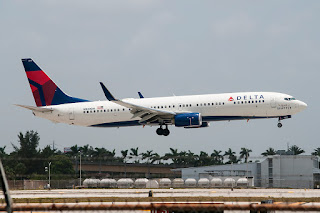 Azul has their Tudo Azul (the frequent flyer program of Azul). 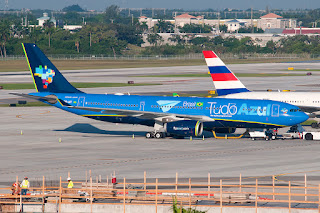 And Allegiant has their new "Make a Wish" scheme. 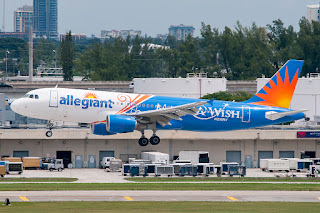 There has been a new airline as well, Dynamic Airways has started flying from Fort Lauderdale to Caracas, Venezuela using a Boeing 767-300ER.  They are soon to get competition from Albatross Airlines - a Venezuelan company using a Boeing 737.  This was taken the first day of operations. 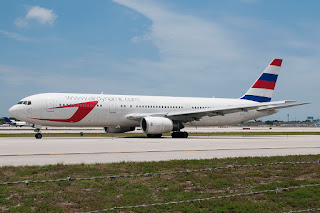 Another new airline for me is one that has been around for a while, but only seems to come into Fort Lauderdale on occasion.  Not a big aircraft, but an extremely nice color scheme - the Embraer E120 of Inter Caribbean. 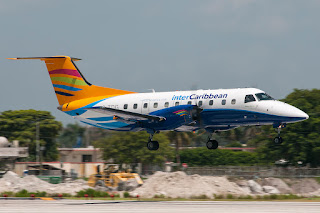 Volaris, the Mexican airline, has been flying into Fort Lauderdale for a while now with flights from Mexico City and Guadalajara.  Their planes normally just have names on them and one particular day that they were late, I thought it would be the same until it got close to the runway, and it turned out to be a brand new special scheme for them, celebrating the Guatemalan rock band "Alux Nahual". 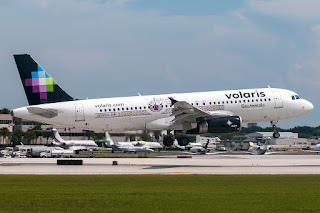 Spirit has taken delivery of the first two of their new A321's that were ordered last year, and they are in their new yellow color scheme.  They have started revenue service and are in and out of Fort Lauderdale all the time.  The yellow color scheme has invoked a few nicknames for them - the yellow taxi, the banana plane, and some that are not able to be posted on a family safe blog :) 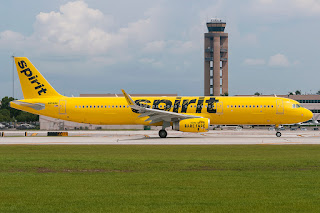 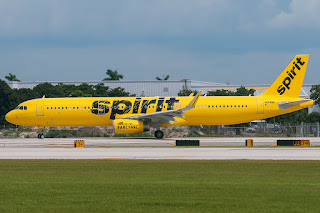 Finally, there was one very special visitor to Fort Lauderdale for a couple of weeks over the summer and this caused photographers from all over the country to take quick trips down here to catch her.  NASA brought in their special DC-8-72 with her lovely CFM-56 engines from her home at the Neil Armstrong Flight Research Center in Palmdale, CA.  She was brought over to Florida to fly over weather, and some tropical storm formations to study ice crystals.  Most of the time she was in Fort Lauderdale, the weather was pretty nasty and wet.  However, on National Aviation Day, August 19, a spectacular morning was on hand for me to catch her departure on another study mission. 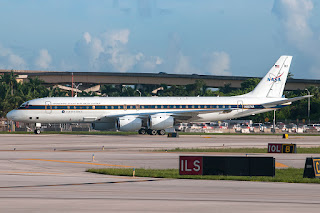 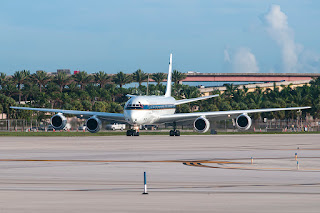 The day of her departure back to Palmdale, was however another nasty day, with the remnants of Tropical Storm Erika that they had been studying for a few days bringing rains to the area.  However, it was still a wonderful departure view. 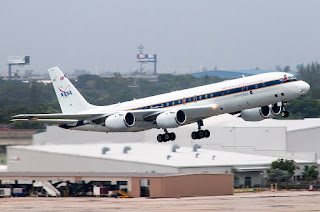 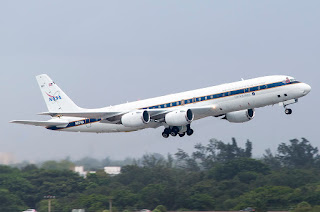 So, the fall shooting season approaches and with it, some uncertainty of what will be coming down from our northern country with the failure of Canjet which was a very regular visitor - watch this space I guess....

In the meantime, a whole lot more time spent behind the camera lens....