Part of the 2011 Miami Airline Collectibles Show and Aviation Photography Fest Ramp tour of Miami involved an area on the north side of the field where repairs, painting, etc are done. As YYC Dispatcher had asked on the previous entry on the blog, did we see the Democratic Republic of Congo Boeing 707 - 9Q-CLK - the answer is a definitive YES! Not only that one, but there were two Boeing 707's in the same hanger - the other being N88ZL that I had previously captured at Opa-Locka.
First - here is the Congo Boeing 707 in it's Dreamliner type color scheme. It still has no engines on it, so no idea when it might be flying - I'd love to catch this in the air and landing.

I'd caught this private Boeing 707 - N88ZL - at Opa-Locka before as mentioned above - she now has a new color scheme - unfortunately, she was blocked so a clearer shot wasn't possible, but again, this is going to be another great one to catch in the air, on the ground and landing! I love this new color scheme. 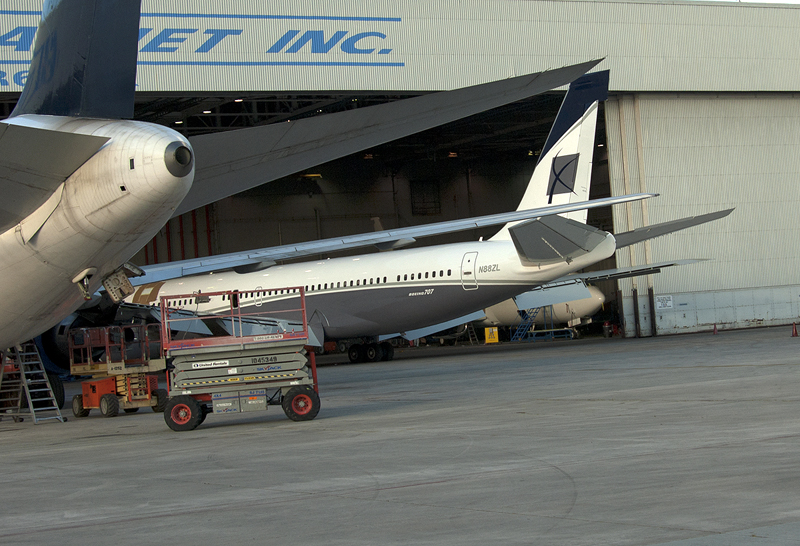 Finally, and this was taken from the bus so excuse the window glare, but these A319's all came from Mexicana when it shut down. So far, there are 4 going to Aerogal (Galapagos) and two going to Brussels Airlines. I couldn't make out who the DC-9 on the end was going to, but it certainly looked interesting! 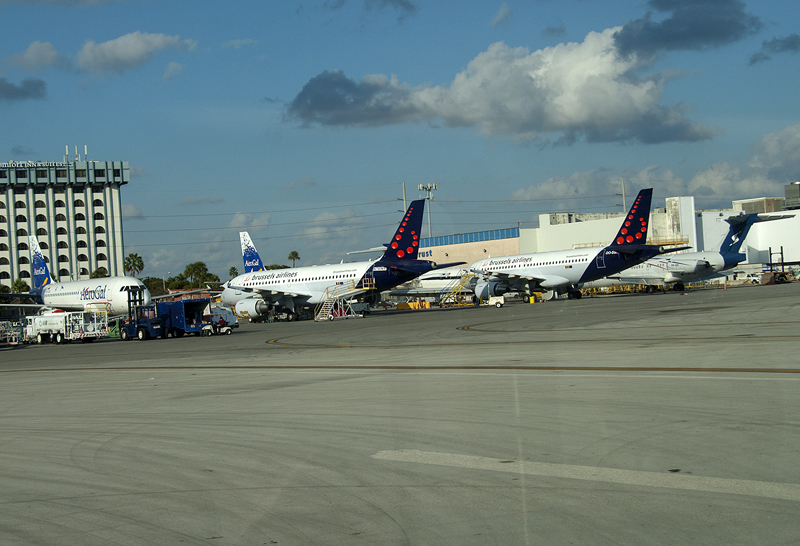 I've only been to Ft Lauderdale once in the past week - I got a couple of decent things that I'll try to post in the next few days.
In the meantime, more time spent behind the camera lens.
Posted by Mark Lawrence at 10:20 AM 2 comments:

Every year, this show comes to Miami - from what I remember, for the last 21 years! Each year, there has been a ramp tour of Miami International Airport. This year, for the first time, there was an additional ramp tour of Fort Lauderdale International Airport and I was lucky to be able to go on both tours this year. It's an amazing show organized by Joe Fernandez of Air 72 Aviation Photography and between him and Eddy Gual, they organize the most incredible ramp tours, as well as an amazing Collectibles Show and Photo Fest!
First, the highlights from Fort Lauderdale apart from the air Jamaica Boeing 737-800 that I added to the blog the day of the event. The airport was on westerly operations and so the first photography point was at the end of runway 27L. Capital Cargo operates a daily Boeing 727-200F into Ft Lauderdale. 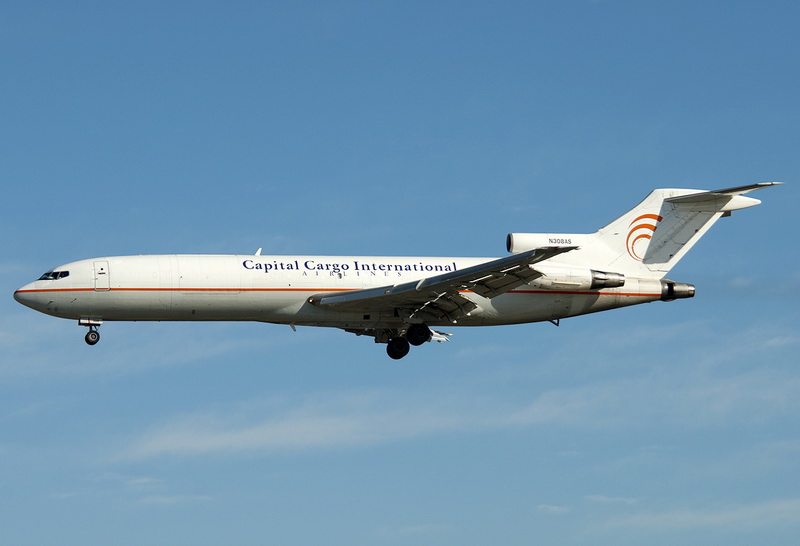 Another of the Sunwing hybrid schemes - another from Thomson aircraft still retaining it's G- registration. 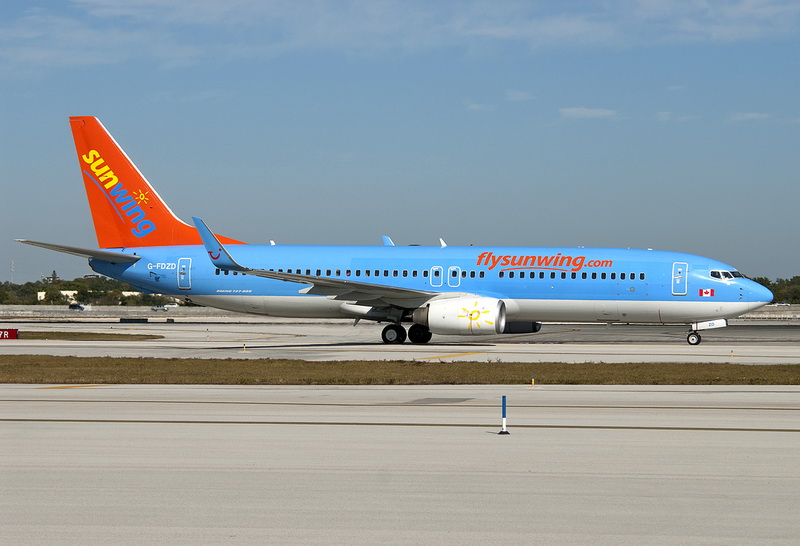 Being so close to the runway allowed us good access to some nice take off shots. 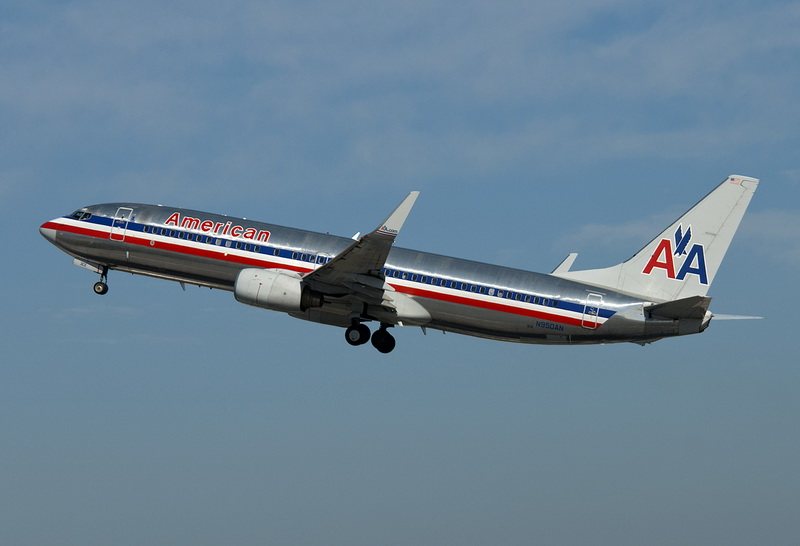 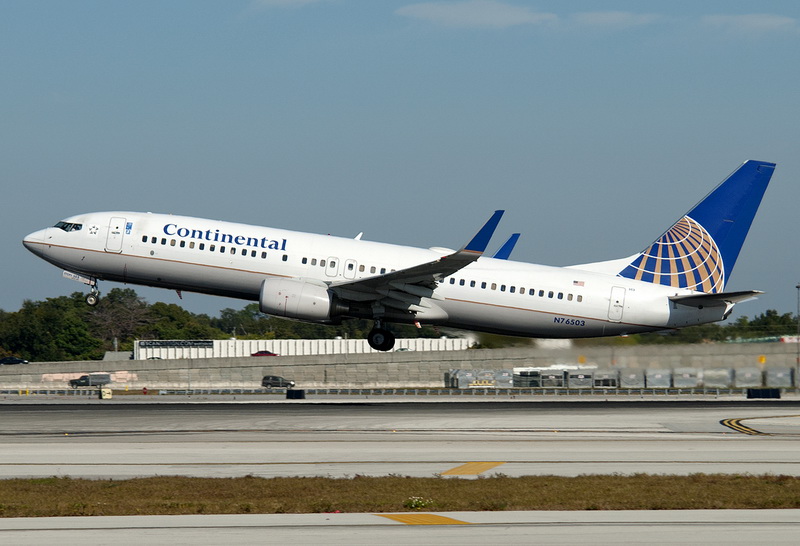 We then spent some time over on the north side of the airport - somewhere where we normally get no decent shots at all because of the distance and the heat haze that messes up the shots. This time, close to the Monarch Air Freight area, we got their really nice Swearingen Merlin "Spirit of Freight Dog". 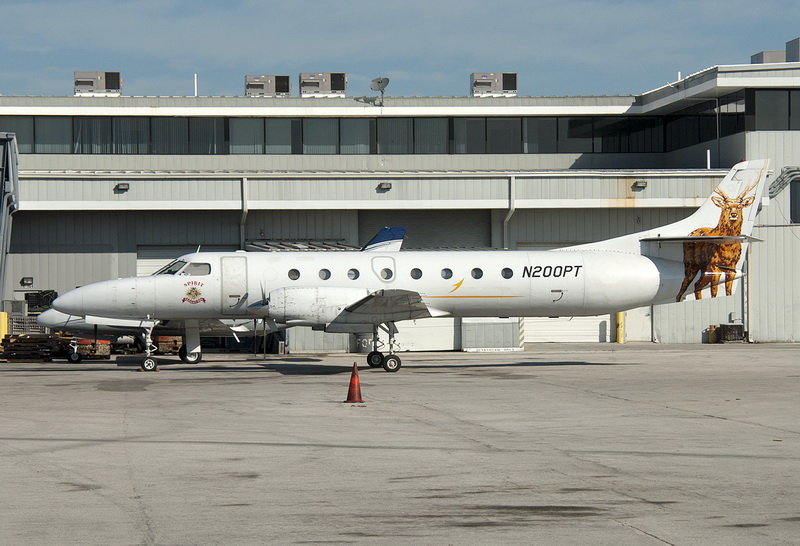 And on the Monarch ramp was their old DC-3. 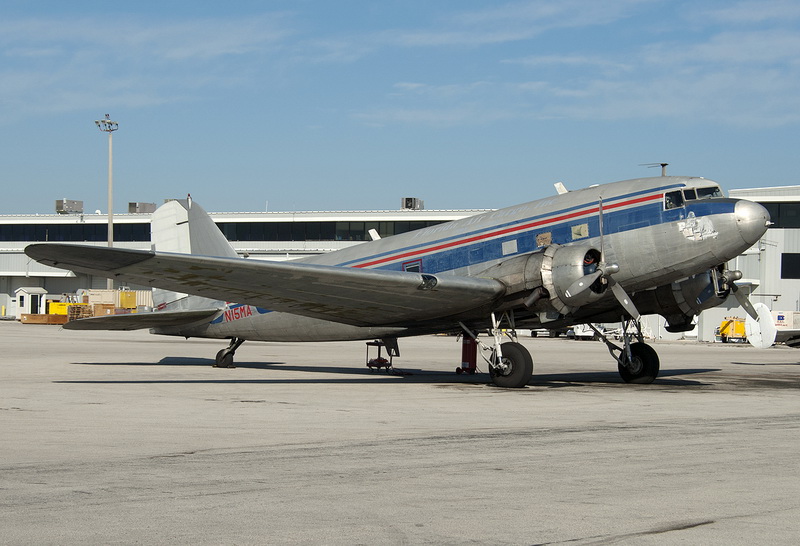 A little bit further down the north side was this glorious float plane - first time I've seen this and I love the name - Whale Force One! 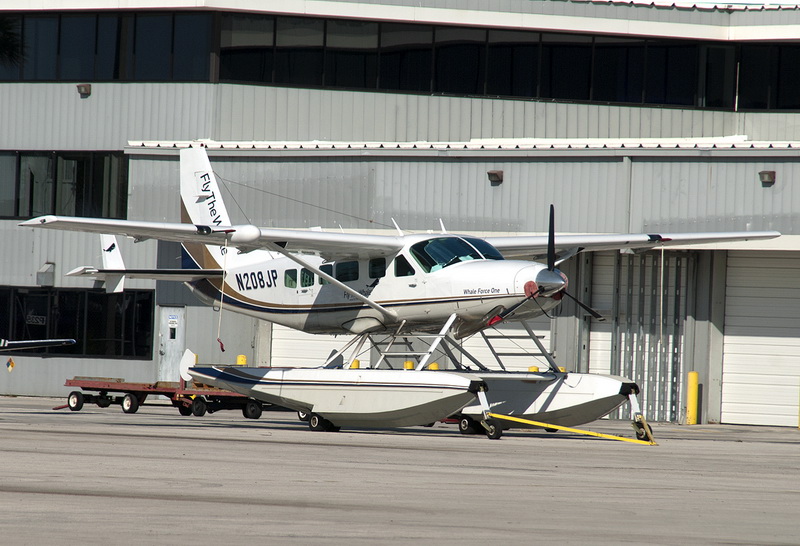 On Friday, it was on to the ramp tour at Miami. Just as well organized and co-ordinated, we got amazing access on Miami International Airport - and the first part of this was at the American Airlines Maintenance Center where we had total access to a Boeing 777-200ER and a Boeing 757-200 - thanks SO much to the great staff at American who left the APUs running so the cockpits were lit up.
First the cockpit of the Boeing 757-200. 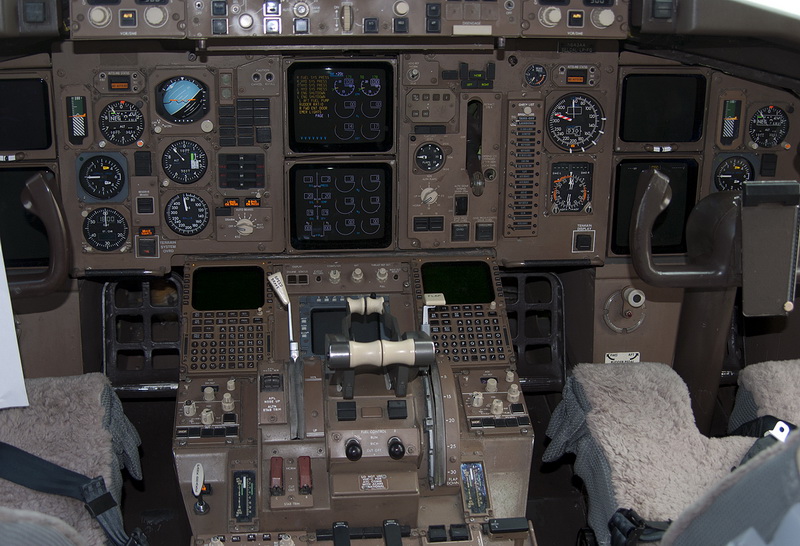 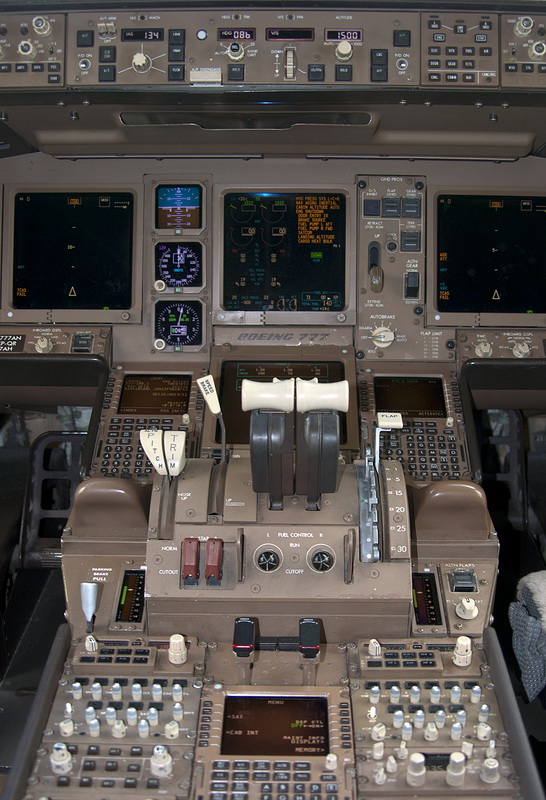 And thanks to Bryan Rivas who was on the tour with me, this is me in the important spot of the Boeing 777-200ER. Now hear this - this is your captain speaking!! :) 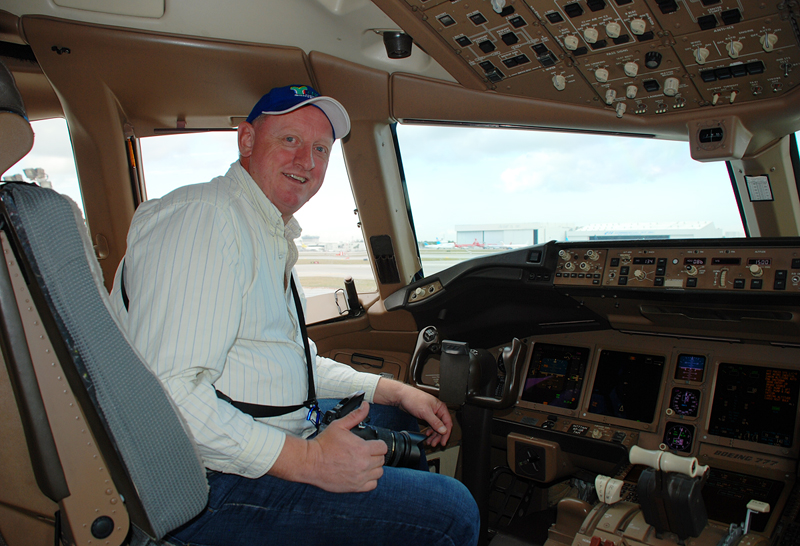 Then it was off to runway 9 - the South runway to get some landing shots. The first being the Lufthansa A340-300 from Munich.

Then a Miami Air International Boeing 737-800 coming in on a charter. 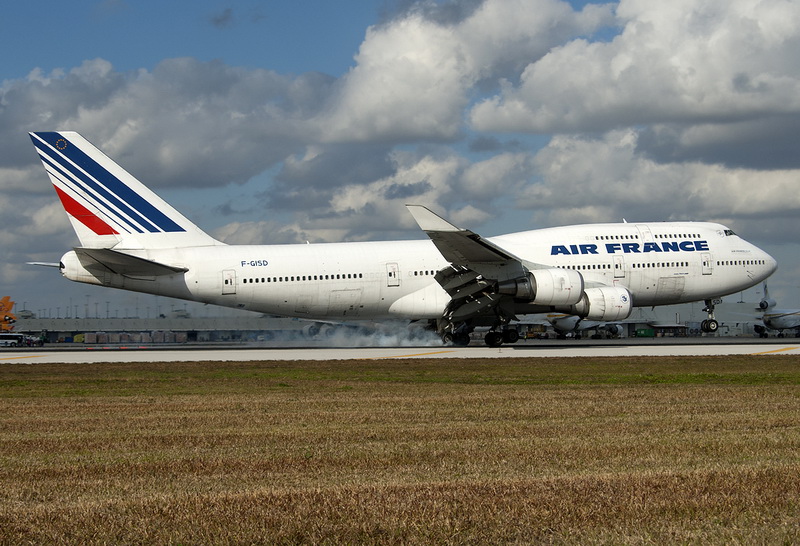 And British Airways with their first of two Boeing 747-400's from London Heathrow. 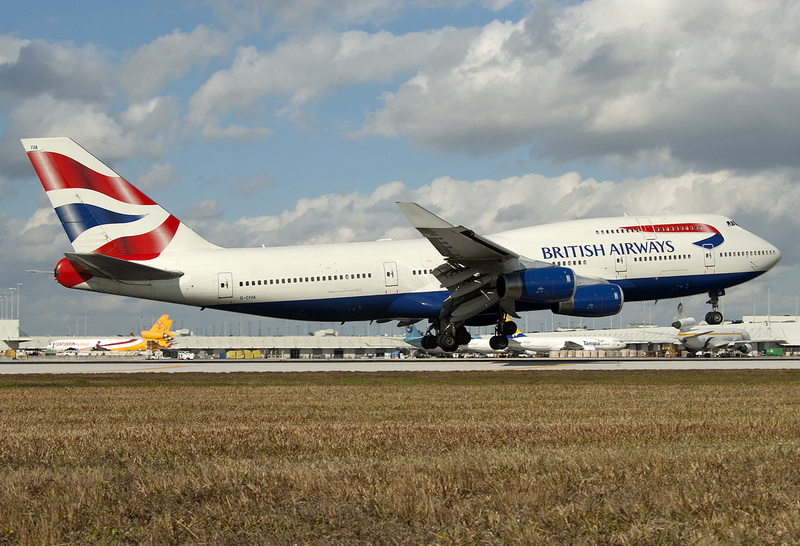 This Kalitta Air Boeing 747-400F was amazing. It taxied out from the cargo area, and so I assumed it would be a long roll and off carrying it's cargo. But, when it started it's roll, we could see it was empty of cargo - not sure where it went, but in just over 2,000' of runway, it was in the air and climbing like a rocket. 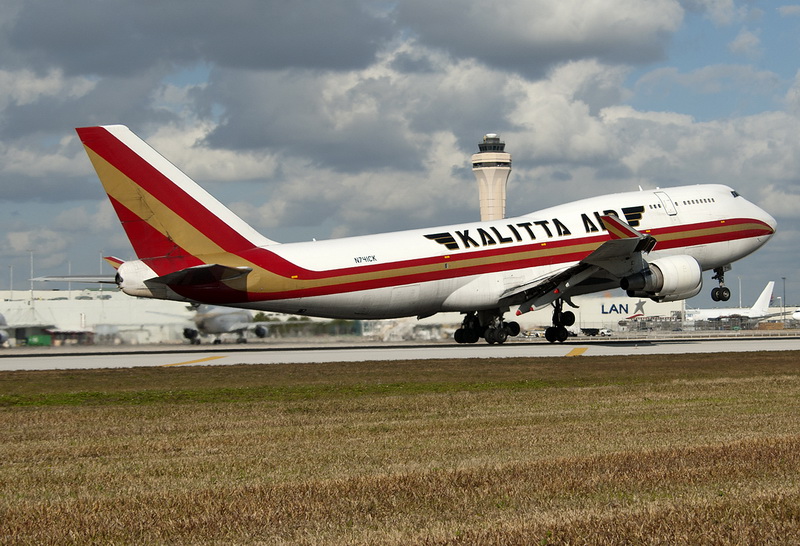 Another cargo plane - this time a very loaded Korean cargo Boeing 747-400ERF that took a lot more to roll than the Kalitta - unfortunately, it's roll took place when the sun was covered by this big dark cloud!

We also managed to get some unique shots as well, as we did at Fort Lauderdale. This Hewa Bora Boeing 767-200 was painted and destined for it's owners in the Democratic Republic of Congo, but never left Miami - it's now stuck here.

There are so many more that I haven't had a chance to edit or get on here yet. But, for any aviation photographers that are wanting to explore Miami and Fort Lauderdale, this event is one of the best to by able to see everything. Keep an eye on Joe Fernandez' web site - and sign up when you can!
A lot of time spent behind the camera lens this week!!!!!
Posted by Mark Lawrence at 5:13 PM 5 comments:

I happened to be in the right place - at the right time today! As part of the Miami Slide and Collectors Show in Miami this weekend, a ramp tour of Ft Lauderdale was organized (with great thanks to the Ops Staff at FLL and the show organizers!). Lots of great time was spent talking with fellow photographers from all over the world. In the distance on downwind, I saw this brightly colored aircraft - that I'd never seen before. What it was, and what we were very privileged to catch was this brand new Boeing 737-8Q8 registered 9Y-JMA in a brand new color scheme! Definitely the highlight of the day! 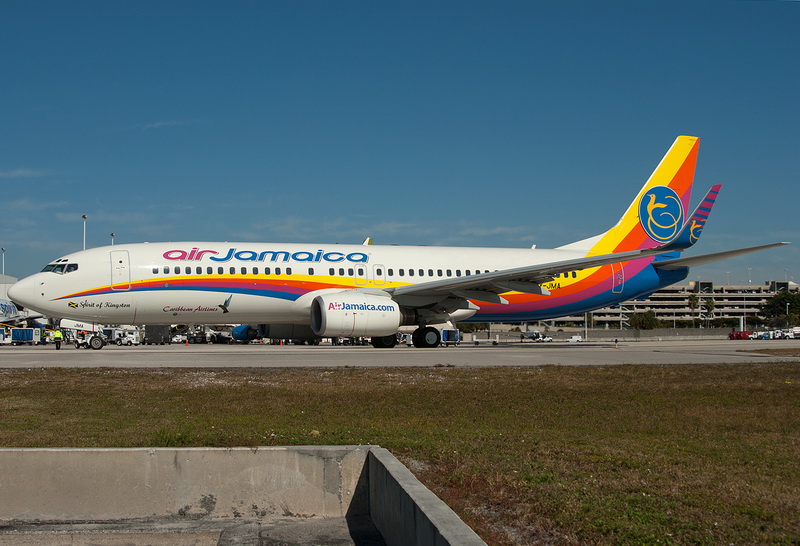 Friday is the ramp tour at Miami International Airport - and - with the hopes that the weather is going to hold, it should be an awesome day!
In the meantime, some more time spent behind the camera lens.....
Posted by Mark Lawrence at 7:36 PM 2 comments: